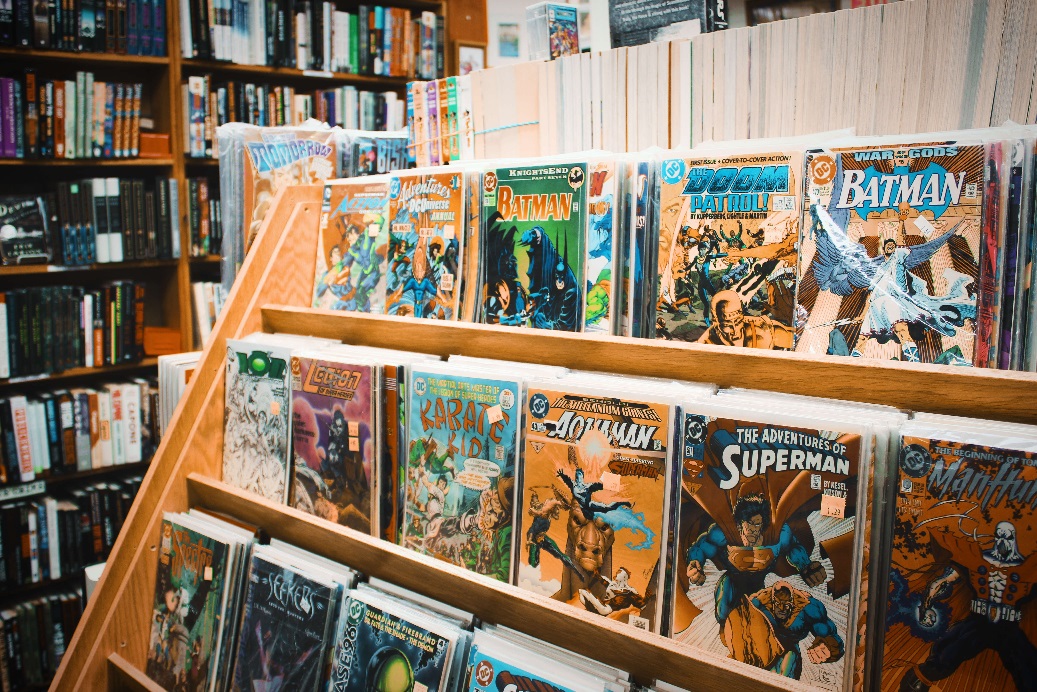 It’s not enough to have a great idea. In business, what’s important is finding a way to share it in a compelling way.

It doesn’t matter what industry or department you work in, if you want your ideas to thrive not dive, you need to become a storyteller.

Nobody is born a storyteller – it’s a skill that can be learned and refined with practice. And, as this weekend is ‘MCM’s London Comic Con’, what better place to uncover some storytelling secrets than by looking at comics? This simple format draws big money and big crowds all because the comic is so effective at telling a story.

So, before you pull together your next business presentation, pitch or proposal, think about how you can use these storytelling techniques to persuade others to support your great idea.

Super heroes are interesting because of their backstories. Their backstories create a turning point, strengthen their character and shape their future. Let’s take Spiderman. Isn’t it much easier to identify with him once you understand his (non) action leads to the death of his beloved uncle? This event shapes and humanises him. Heroes and their backstories are equally important in business. We need to understand where someone is coming from to appreciate what motivates them and where they are going. An audience needs to like the story’s hero before they will ever buy into whatever is being ‘sold’.

Three acts are needed for every story. A beginning, a middle, and an end.

Once you’ve got people emotionally hooked and are inspiring people with your story, you can support your idea with facts. Facts and figures are necessary in business but remember story first. Keep data to less than a quarter of your content.

Reinforce with illustration. There is no better medium than comic strips for showing the power of combining words and pictures. In business PowerPoint has got itself a bad reputation but there’s nothing wrong with PowerPoint if it uses powerful images to compliment your story. As Steve Jobs said: “…No amount of tech will turn a bad story into a good story.”

You want to reach as many people as possible and comics are great at that. They use short words and sentences. They also use familiar language –words we hear in everyday conversation.

Simple stories, simple language, with simple supporting visuals. A beginning, a middle and an end. A villain that causes conflict and a hero, that emotionally connects, to provide resolution. These are the essential elements of great storytelling that can help make your business ideas stand out like a Superhero.

Alex was employed by internationally-loved household brands to craft their words for two decades. She left to establish not A Duff word in March 2017. She now helps businesses, brands and boards to wordsmith words that work, master their messages to matter and sculpt standout stories. Her blog ‘early words’ is published Thursday mornings at 07:00.

Photo by Lena Orwig on Unsplash